It was probably quite short notice for most people but we had to seize the chance to get a snowy ride in and the wintery conditions made planning ahead a bit tricky.  Anyway, Sam, John and myself met up at Comrie Croft to do some exploring around Strathearn while we still had sunshine and crunchy snow. 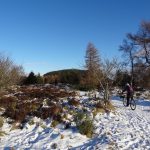 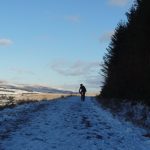 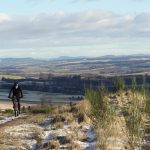 We decided to stay low for the fairly quick spin into Crieff which took us beside the scenic waters of the River Earn and past quite a few walkers with whom friendly hellos were exchanged.  It seemed the calm spell and sunshine was bringing out some cheer despite it being the depths of January.  Soon enough we were in Crieff and the climb up to the summit of The Knock was looming.  With his “plus” tyres and some determination John managed to clean the climb to the top.  Sam and I opted for the more leisurely “push bike and chat” method.  The snow was the good, grippy kind – I’m sure the eskimos have a name for it. 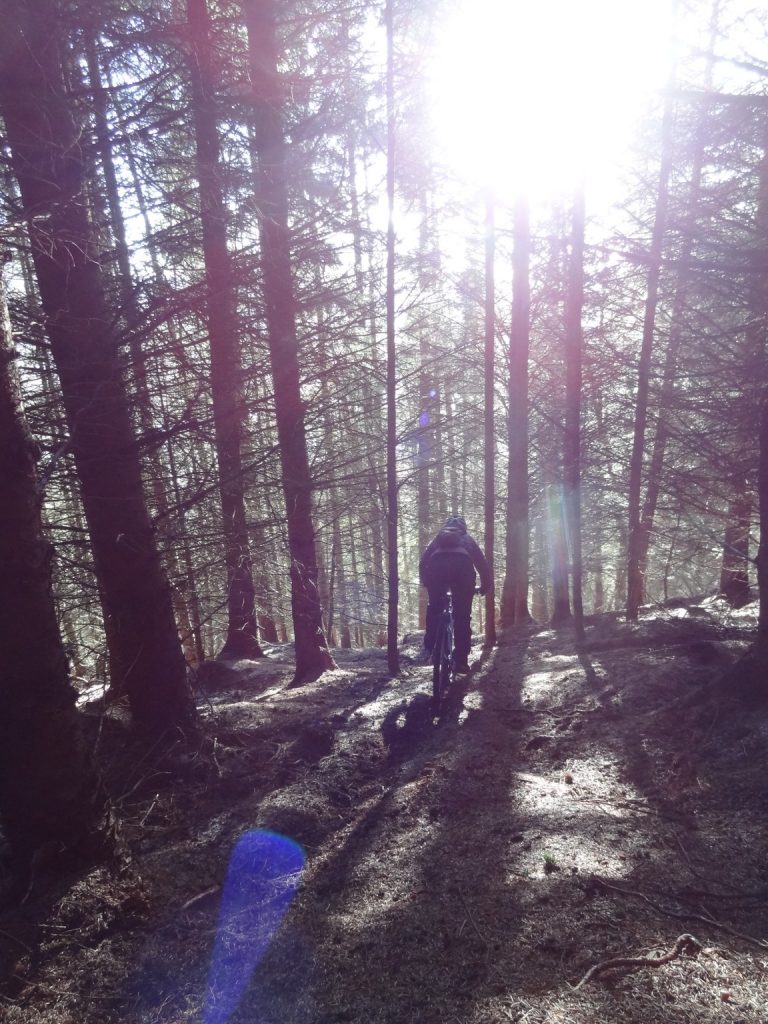 A bit more pedalling, pushing and chatting had us at the start of the blue, red and black trails built by Crieff Hydro so we started exploring the loops.  There’s a fair amount squeezed into a small area.  The “official” trails are well signposted and offered a few short loops higher up and then some well made swoopy DH trails with jumps, big berms and wall rides on a sunny hillside with views to the east.  A chance encounter with a local rider revealed a few more gnarly trails so we decided to have a wee look at them.  They’re definitely in the #enduro category, i.e. steep, loamy, lots of trees, tight turns.  We (well, John mainly) reckoned they’d be much more rideable with a dry spell and some practice.  After that it was a short blast along fireroad and down through some trees for a stop at a cafe at the Hydro.  It was nice enough inside but the food was a bit “meh”.  I think it’ll be back to Cafe Yum Yum next time – for vinyl seats and stovies!! 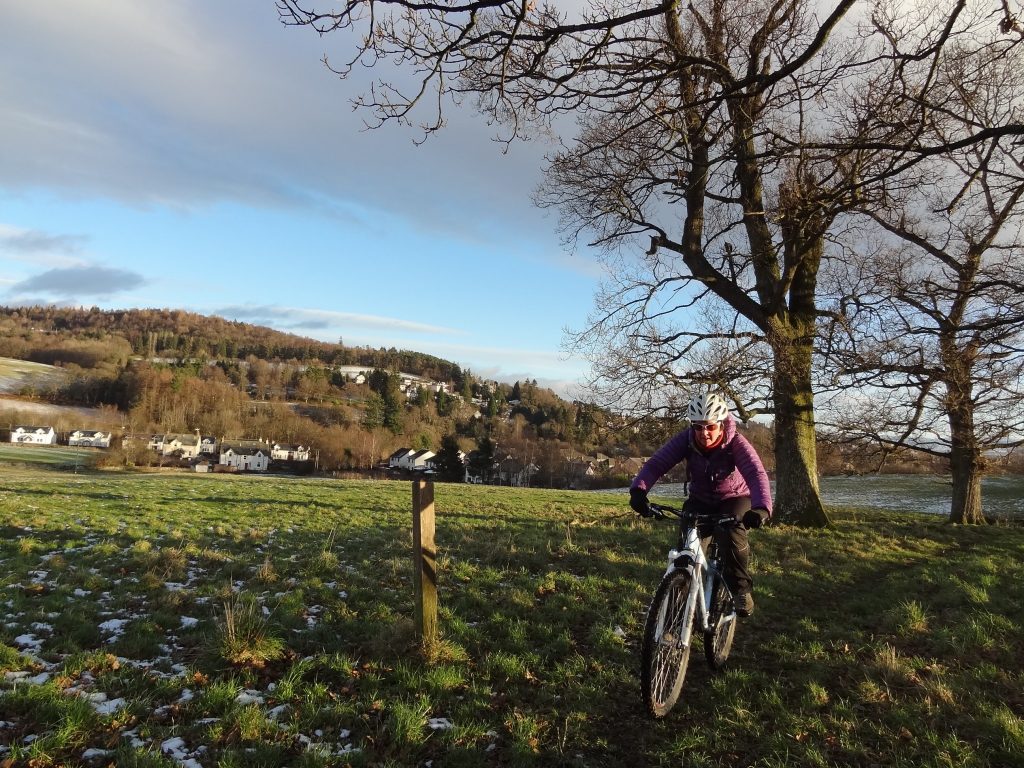 After the lunch stop we picked up a footpath I’d not ridden before for a gentle climb onto a ridge before joining a path I recognised and a nice, flowy return to Comrie with views of the snow capped mountains through a line of beech trees.  In any season I reckon this trail one of my favourites; nothing techy, just a lovely mellow feel and some beautiful scenery.  By this point the sun was setting so we’d made the most of the conditions and had a great day out exploring and chatting.  Everything a bike ride should be!! 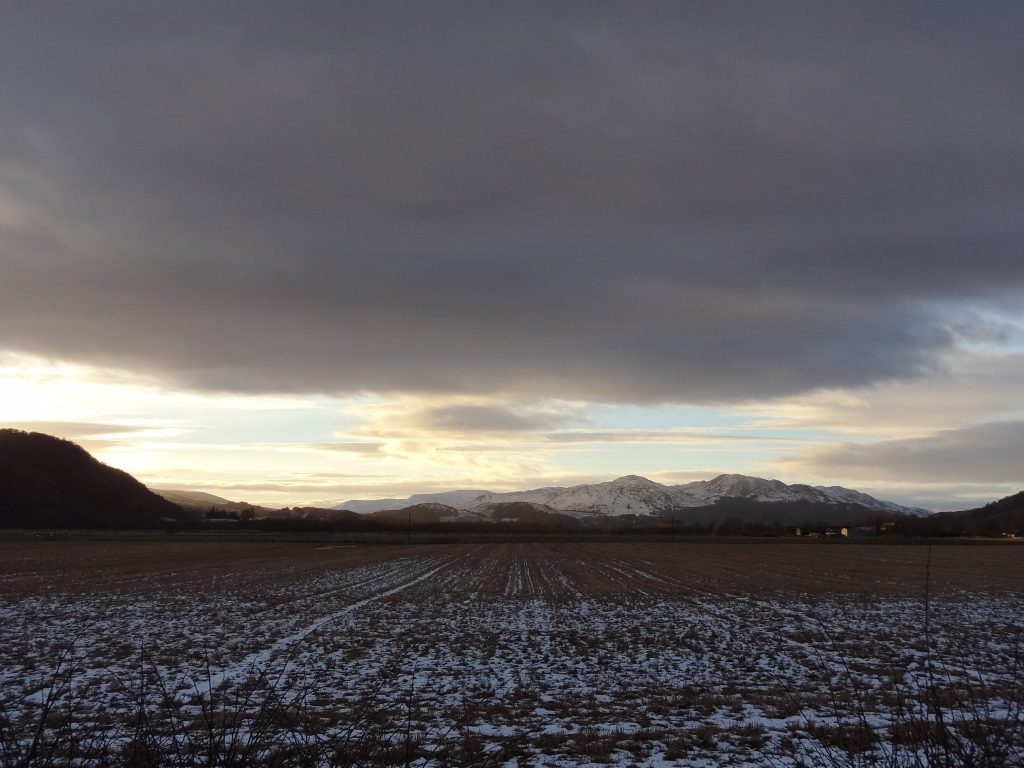