A few weeks back Gerry suggested a loop of the Old Kilpatricks, just west of Glasgow followed by a bite to eat at a local carvery.  The combination of bribery with food and a bike ride convinced 16 of us to head out on a very cold & blustery day.We met up at the Bowling canal basin on a pretty grim morning and in the space of time it took 3 heavy showers to blast through (this is either a measure of how fast the wind was blowing or the degree of faff associated with a club ride!) we were ready and heading up into the hills.  Initially it was quite a draggy climb up behind Milton and the wind was seldom at our backs (of course!).  The pay off for the climb was a great view out over the Clyde.  Expertly guided by local boys Gav and Alex we pushed on…… 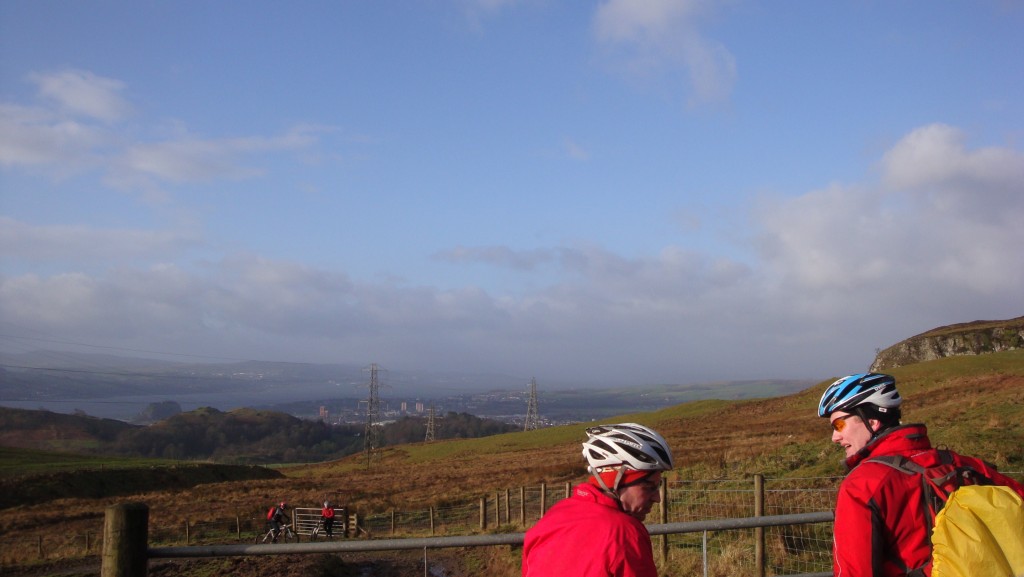 Views Over The Clyde

The trails became fireroad through the forest, nothing difficult really, and before we knew it we were out by Loch Humphrey.  With the strength of the wind, stopping for long sapped any heat gained from riding so we kept moving, heading out onto the exposed moorland.  At one point I asked Ryzard if it that was hail I could feel stinging the numb righthand side of my face, “Err, nope, that’s just the wind driving the rain!” came the response.  Suddenly Neil’s hipflask of Highland Park seemed like a good idea.

Once up on the moors the trails were a lot wetter but one section along a ridgeline flowed really well with the views reminiscent of the highlands.  But it was sometimes hard to keep to your line as you were blown off course by the wind.  If you tried to compensate and lean into it when the wind died briefly you were suddenly off balance and heading off course again!  The climb up to the trig point wasn’t particularly technical and neither was the descent – in theory at least.  It didn’t stop Grant managing a face plant into the soggy ground somehow.  A little dazed and muddied he carried on with the descent – it must have been the lure of the carvery!

After the off road descent and a blast down a rutted track thoughts were turning to some hot food, warm restaurant and a cold drink.  It was either the headwind or impatience for food but it seemed like the run back along the canal path to the Bowling Basin was taking ages!  After enduring another couple of squally showers we were back to the cars, bikes loaded, changed and rushed off to the carvery for a well earned bite to eat and some good chat.

The ride wasn’t technical by any means, maybe a few tough climbs because of the wet ground and strong wind.  We had enough sunshine in between the showers to enjoy the views and the spirits were high all day (and that’s not just where Neil & his hipflask were concerned!!).  Walking into the warm carvery with the smell of roast meat and veg with a faint whiff of mint sauce (and soggy merino?) was bliss.  Gerry “The Bargain Hunter” Cleary did us proud with this suggestion (£3.89 for a plate of food, £1.69 for dessert!) and yet again a club ride shows that it’s as much about the social side as it is about the riding.  A top day out – roll on the Balmaha weekend next week! 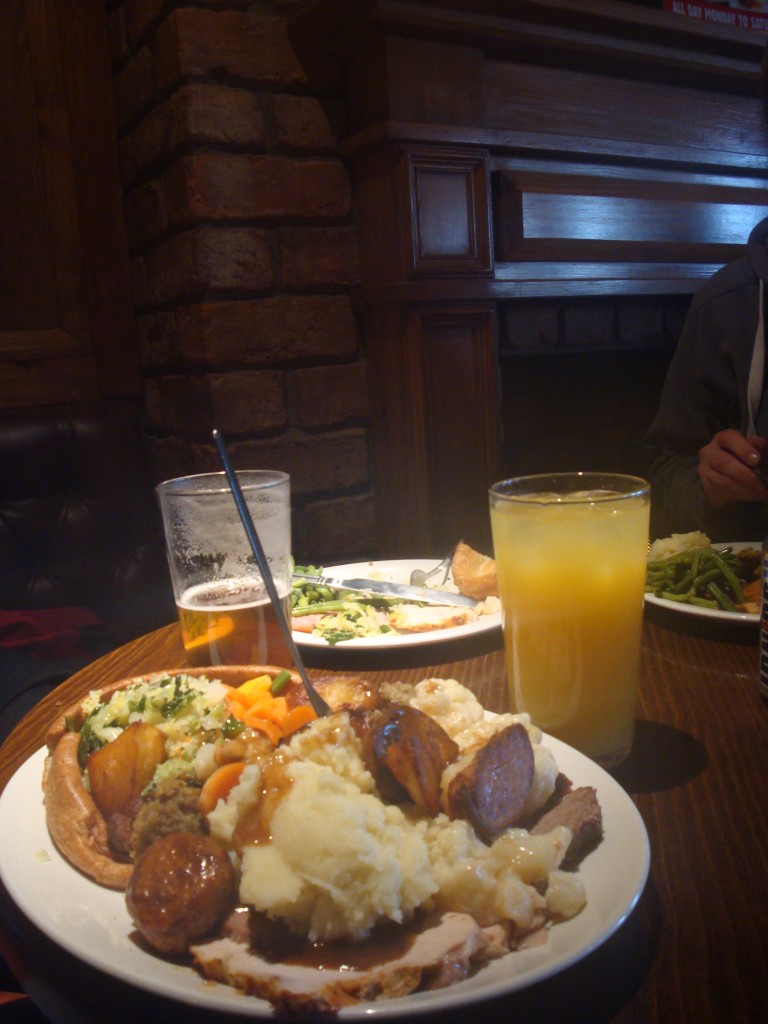